Research has shown that ADHD does not affect the intelligence of children and the range of IQ is the same... END_OF_DOCUMENT_TOKEN_TO_BE_REPLACED

It’s no secret that colleges and universities across the country expect a lot of the students admitted into their student... END_OF_DOCUMENT_TOKEN_TO_BE_REPLACED

More and more children are being diagnosed with autism every year. Is autism somehow becoming the next fad diagnosis? What... END_OF_DOCUMENT_TOKEN_TO_BE_REPLACED 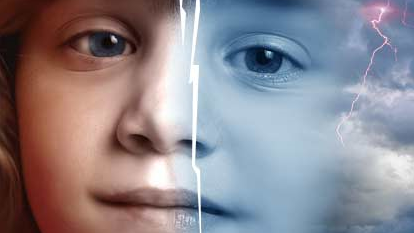 There is always a trendy way to explain a childs misbehavior. The popular diagnosis today is bipolar disorder but a quick jump to a bipolar diagnosis may exclude a more likely explanation for a childs behavior such as Attention Deficit Hyperactivity Disorder (ADHD).

One of the main problems is that parents take their child to a pediatrician who often is not able to do a comprehensive assessment. Because ADHD and bipolar disorder do share some symptoms and sometimes can co-exist, children can be put on a powerful concoction of drugs that may worsen a childs condition. In worst case situations such as the one in Massachusetts that has recently been in the news, it can contribute to the death of the child.

According to the National Institute of Mental Health, bipolar disorder is difficult to recognize and diagnose in children because it does not fit typical symptoms seen in adults. In addition, there are no diagnostic criteria or treatment protocols for childhood bipolar disorder, so children as young as four years old can be put on mood stabilizers, anti-psychotic medications or major tranquilizers when in fact, they could be suffering from something significantly less severe like ADHD or Oppositional Defiant Disorder (ODD). Compounding this confusion is that these disorders share many characteristics including: impulsivity, inattention, hyperactivity, excessive physical energy, frequent behavioral and emotional changes, sleeplessness and learning problems.

The main differences between bipolar disorder and ADHD are:

The duration and intensity of angry outbursts and temper tantrums- children who are ADHD usually calm down within 20-30 minutes, whereas children who are bipolar may continue to feel and act angry for many hours.

The degree of regression during angry episodes is more severe for children with bipolar.

The moods of children who have ADHD or bipolar disorder may change quickly, but children with ADHD do not generally show signs of depression and irritability as much as their bipolar counterparts.