Autism: Not Everyone is a Rainman - The Reynolds Clinic LLC

Autism: Not Everyone is a Rainman 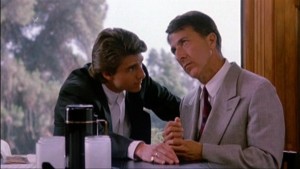 More and more children are being diagnosed with autism every year. Is autism somehow becoming the next fad diagnosis? What is going on here?

Many people, when they think of autism at all, usually think about Rainman, the movie starring Dustin Hoffman and Tom Cruise, in which Hoffman plays a numbers spouting savant incapable of functioning in the real world. This portrayal of autism is not the norm; it is the exception. The vast majority of individuals diagnosed with autism are much different; in fact, no two people with autism present the same way which is one of the main reasons why the number of children diagnosed with autism has increased so dramatically.

The main challenge children and adolescents with autism face lies in the social arena. They have trouble forming friendships, have difficulty understanding other people’s feelings, don’t pick up on social cues very easily and for all of these reasons often prefer to be alone. So when a child begins to demonstrate these kinds of deficits the autism diagnosis begins to be considered.

One useful way to think about children diagnosed with autism is to imagine them on a social spectrum, from very impaired and unable to maintain friendships at all to highly articulate yet overly intellectualized and aloof youngsters. They can often be quite successful academically but struggle interpersonally. Historically, since they showed few signs of academic distress, their deficits were often overlooked. Commonly they were seen as “weird” or “nerdy” but until more
recently rarely got help with what we now know to be a social disability. These are the children who are being diagnosed with autism in ever-increasing numbers as schools begin to recognize the importance of educating “the whole child” both the academic and the social.