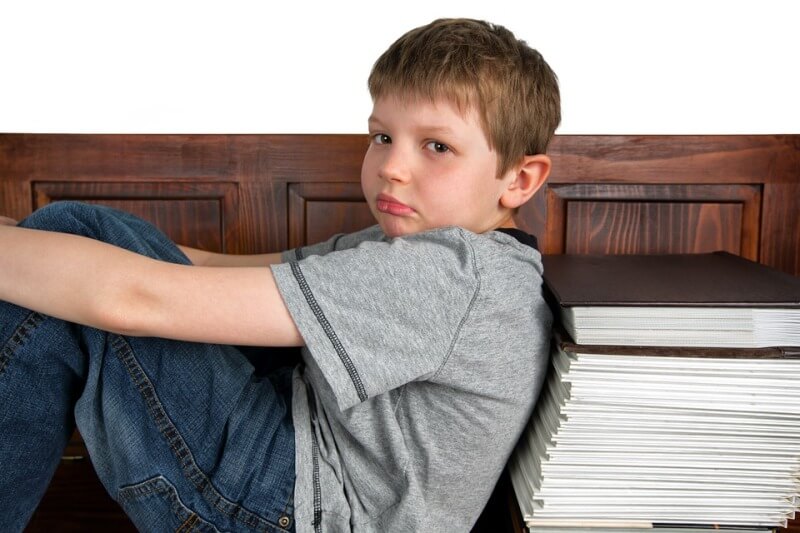 For years doctors, scientists and behavioral specialists have studied the connection between Attention Deficit Hyperactivity Disorder and IQ. ADHD has long been associated with hyperactivity and behavioral issues. Because of this, it was assumed that children with the disorder were less smart than their peers, and children with ADHD that demonstrated the same level of smartness as their peers were considered “gifted.”

Then, more studies were done, and it was discovered that the prevalence of smartness was high amongst children with ADHD. For this reason, many people started to assume that the condition and intelligence went hand in hand.

Today’s studies disprove much of what we thought we knew about the condition—both about what ADHD actually is and what “type” of people have it (smart or not smart). ADHD is a very unique condition, presenting itself in different ways in each individual person. In order to understand how the disorder may affect your child, and in order to know what to expect from your child with the condition, you need to first understand what it actually is, how symptoms are affected by intelligence and what issues you can possibly expect to arise when raising an intelligent child ADHD.

What Does It Mean to be “ADHD”?

Not too long ago, parents, teachers and doctors alike would diagnose hyperactive children with ADHD. This was because it was believed that the disorder presented itself in hyperactivity, which includes the inability to sit still for long periods of time, the inability to follow directions, constant talking, impatience, boredom and spontaneity. However, though these are common symptoms of ADHD, researchers today have dramatically changed our understanding of the condition by showing that those who fully meet the diagnostic criteria for ADD do not actually present any behavioral challenges. Instead, researchers have found, ADD presents itself in the form of developmental delays in executive functions, which are a cluster of cognitive abilities that regulate other functions of the mind.

Though most people have trouble with their executive functions from time to time, individuals with ADHD have difficulty with the following functions almost all of the time:

It is because of this inability to regulate these specific functions of the mind that individuals with the condition often exhibit the following symptoms:

In order to help parents, doctors and teachers more easily diagnose the condition, the NIMH has classified symptoms in three ways:

In order to be diagnosed with ADHD, an individual must be exhibit at least six of the symptoms.

ADHD has nothing to do with how a smart a person is or is not. Some people that demonstrate six or more symptoms of ADD are extremely intelligent and talented, while others demonstrate a more or even below average intelligence. This is normal of all focus, whether participants have the disorder or not.

That said, an intelligent person with the condition can be negatively impacted by it. Because the condition makes it difficult for individuals to control their executive functions, even the most intelligent of pupils may find it difficult to sit still long enough to complete a homework assignment, or to fill in all the blanks on a 20-question test. Individuals with the condition are not impaired by a lack of smarts, but rather, a chronic disability to deploy their smarts in an effective manner.

The inability to employ executive functions does not stop at school work. People who have ADD find it difficult to complete even the most mundane, everyday tasks. From completing work assignments on time to sending out emails, and from doing household chores to paying the utility bill on time, many sufferers of the conditions often get distracted before they can complete a full task. This inability to focus gives the impression that these individuals have a low IQ, but oftentimes this is far from the case.

That said, individuals with ADHD tend to focus their attention on activities or subjects that they enjoy. This translates well in the classroom and the workforce for individuals who recognize that they have the disorder and who are prepared to work past their disability to hone their talents.

Unfortunately, the condition makes it difficult for parents, teachers and affected individuals to determine whether or not a child is “smart.” There is no one test that can accurately diagnoses ADHD, and because the disorder makes it difficult for even the most intelligent individuals to sit still long enough to complete an IQ test, an IQ test is virtually useless. The only way to really tell if someone has the condition is to observe them long term for six of the nine main symptoms.

A diagnosis of the condition poses a whole other set of issues, namely the “should we medicate or not” conundrum. Stimulants such as Ritalin and Adderall have proven to be the most effective drugs to treat the condition but in this case, effective doesn’t always mean better. For some children, these medications are extremely effective and can reduce episodes of hyperactivity, decrease impulsivity and increase ability to focus. For others, however—especially those that don’t show symptoms of hyperactivity—these drugs can make the person lethargic and without personality. To prevent this from happening to your child, it is imperative to know how the condition affects your loved one and how the condition typically presents itself.

ADHD is still not wholly understood, so it makes sense that the condition and how it affects IQ (or vice versa) is most definitely not understood. Until recently, the correlations between the disorder and IQ were based on stereotypes and misconceptions. This resulted in mismanagement of the symptoms, failure to diagnose and even improper treatment. Today, however, as more and more data comes out regarding ADHD and how it affects other aspects of a person’s life, researchers, doctors, parents and patients alike are able to diagnose all cases and not just those that are more obvious, thereby ensuring that all patients receive the proper treatment they need to live a whole, healthy and productive life.