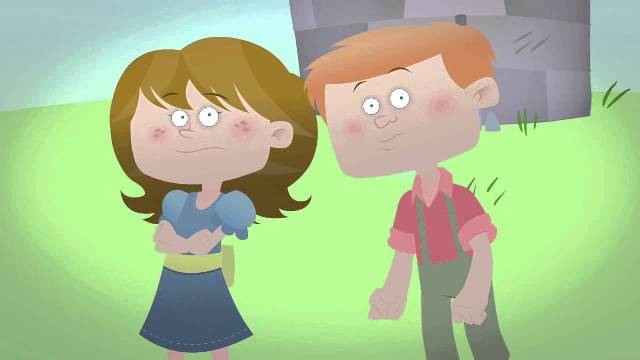 ADHD is a highly misunderstood neurological disorder that makes it difficult for people to concentrate. Because not a lot is understood about the condition, it is often difficult to diagnose, and there are dozens of misconceptions about the condition floating around in both medical circles and the general public. One of the biggest misconceptions of all is that ADHD is not even a real disorder—that it is just an “excuse” for people to act erratically and for children to “misbehave.” That misconception is quite possibly one of the most hurtful.

Fortunately, there are few people out there who took it upon themselves to make videos that help people without ADHD finally understand what it is like to have Attention Deficit Hyperactive Disorder. In addition to showing people what it’s like to live with ADHD, they also serve as a way of helping medical professionals, students, parents and patients alike learn about what it takes to manage symptoms and live a semi-normal existence. So, without further ado, here are 11 of the best ADHD videos of 2017:

The Unofficial ADHD Test for Adults

Whether you have always wondered about ADHD and want to know more about it or already know you have ADHD and just want to mess with your mind, TotallyADD.com’s “unofficial ADHD quiz” is a fun way to brush up on the disorder. Designed to inform you and make you laugh at the same time, this video is hosted by a straight-faced gentleman who asks a series of questions that will seriously make your reconsider whether or not you do actually have ADHD (even though you may have lived your whole life without a diagnosis). For every question you answer “yes” to—which, let us warn you, there may be a lot—you give yourself a point. At times, you even get to give yourself 3-48 points. Don’t be too hasty to rack up points though, as the more you have the more likely it is you have the disorder.

ADHD Sucks, But Not Really

Salif Mahamane, a doctoral student at Utah State University, opens up his presentation by shouting commands and asking questions that most individuals with ADHD have heard once or twice or a thousand times in their lifetime. “Pay attention!” “What are you thinking?!” “Do you even think?” He shouts at the crowd. He instantly captures the attention of his audience with these cutting remarks, and then proceeds to mix his personal anecdotes about living with the disorder with scientific evidence to both inform his audience members and get them to see that people with the disorder are not dumb—in fact, they are extremely intelligent beings, and how their “involuntary attention actually makes you a “hunter-gatherer badass.”

Sure, everyone has walked into a room and forgotten what they were doing there, and everyone has felt disorganized at one point in their life, but for people with ADHD, these sensations are ongoing. People with ADHD feel like their very life is walking into a room and forgetting why they’re there, and that they are constantly trying to remember things: where they put their keys or those important work documents, what time that important meeting was, what the professor said about Friday’s test (or was the test on Thursday?…). This video is a humorous compilation of what it’s like to live with ADHD, no filter.

Being diagnosed with ADHD is both a blessing and a curse: a blessing because it means that teachers and school staff members will finally start to make some sort of attempt at helping you succeed, and a curse because it also gives them a reason to write you off. This video shares a compilation of interviews with young adults who were diagnosed at a young age. In their commentary, they share what it was like to be a kid with the disorder, and answer questions like, ““How did you behave at school?” and “How do you treat your ADHD?”—all via colorful construction paper animations.

Jack and Jill Have ADHD

TeenMentalHealth.org illustrates what it’s like to have ADHD via a fairy tale we all know too well. In this video, Jack and Jill go to fetch their pail of water, as they were told to, but along the way, they get sidetracked…several times. The two must work together, and with their symptoms, to fetch the famous pail of water. When they succeed, you can’t help but cheer! It’s a wonderful take on an old classic that teaches children to believe in themselves and adults that teamwork and understanding are keys in helping their children succeed despite their diagnosis.

DNews anchor Trace Dominguez, who was diagnosed with ADD back in the 80s, when ADHD had yet to exist. In three short minutes, he debunks popular myths about the disorder (such as that it’s the result of TV and video games and cellphones) by tracing evidence of instances all the way back to 1798. It was then that Scottish physician and author, Alexander Crichton, described a “pervasive mental restlessness” in his book An Inquiry Into the Nature and Origin of Mental Derangement—proof that ADHD cannot be caused by cellphones and video games and electronics. He then goes on to cover the different types of the disorder, differences in diagnoses and the success and failure rates of medications in both girls and boys. If you’re curious about the history of ADHD and what medication actually does to people who have been diagnosed, this video will make an interesting watch.

Undiagnosed in Millions, Do You Have it? – Cause/Action

Because ADHD is so misunderstood, its rate of un-diagnosis is higher than almost any other mental disorder, which Alan Brown focuses on in his TEDx talk. Additionally, he goes on to cover the consequences of the high rate of undiagnosed adults, including criminal behavior, drug abuse and depression, to name just a few.

“I tend to be distracted by my thoughts during a conversation, and sometimes I can appear disinterested,” admits Katie Couric guest, Jennifer. In this segment, Couric interviews two guests who were diagnosed with ADHD in their adulthood and how their disorder has affected their relationships with their families. At the end, she chats with Dr. Edward M. Hallowell about the realities of life with ADHD.

What is ADHD? | Child Psychology

If you’re a parent who is curious about whether or not your child has ADHD, this straightforward primer on the subject is perfect for you. Hosted by Dr. Kimberly Williams, this video briefly explains the symptoms to look out for, subtypes of the disorder and occurrence and diagnosis rates. Of course, you should never rely on a video for diagnosis, and if you believe your child has the condition, you should bring them into a mental health professional.

How Do the Symptoms of ADHD Change as Children Get Older?

ADHD is a chronic condition, meaning that once diagnosed always diagnosed. However, like with all disorders, symptoms of the condition change over time, and as one gets older, they may find that their symptoms are either worse or better. While it can be difficult to tell what type of symptoms one may exhibit when they’re older, this clip from the Child Mind Institute does a thorough job of showing how symptoms evolve, including waning hyperactivity in teens but heightening impulsivity, and increased inattention and disorganization in adults.

As mentioned at the very beginning of this post, ADHD is a highly misunderstood disorder. YouTuber Ally Hardesty shares about her experience with the disorder and what it’s been like to manage it throughout her school years. In this humorous tell-all, she covers her anxiety in high-school and coping with people thinking that she’s stupid, and what going off of your medication feels like, and how learning to drive with the disorder is something else entirely.

Whether you’ve been diagnosed with ADHD or simply want to learn more about it, check out these 11 amazing videos on the subject. You’ll learn a lot and gain a deeper understanding of a subject you weren’t aware you wanted to understand in the first place. We have also prepared a list of best apps for people with ADHD!