Why French Kids Don't Have ADHD - The Reynolds Clinic LLC

Why French Kids Don’t Have ADHD 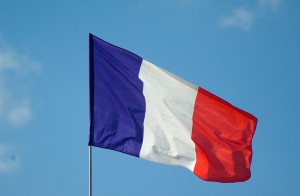 The Difference in the Disorder

The American psychiatrists believe that ADHD is a disorder based on biological issues. They feel it should be treated as such and use stimulants like the popular medication Ritalin to treat it. The French community however feels that it is more of a medical situation that is more situational and psycho-social based. They tend to look at the underlying causes for why the condition is taking place to begin with, instead of basing it on biology alone. They want to find out what is causing the child distress in the first place to help stop that from happening.

The French have stayed away from using the typical DSM-3 coding system for diagnosing children such as those with ADHD. They have come up with one called the CFTMEA that focuses more on addressing and identifying the actual causes behind their behavior instead of labeling them with a disorder.

Basically the French community has decided to focus more on fixing the underlying causes of the problem behavior instead of giving it a wide range diagnosis. They take a more holistic style approach to treating the children and doing so resists labeling so many as ADHD. The French have also tried positions such as changing the child’s diet as artificial colors and preservatives have been known to worsen behavior after they have been consumed.

There’s also the differences in how children are brought up in America and in France. For example, French parents have set strict limits from the time they are born. The children are raised with limits such as not being allowed to snack whenever they want. They have four strict meal times and they know those are the times they are allowed to eat, not before. While they love their children just as much as others do, they do believe in forced strict limitations to help the children grow up in guidelines and feel safe and secure.

One main aspect in the difference of raising children in France and in America lies in the fact that French children begin to learn self-control from a very early age. This also helps them to not be labeled ADHD when there are underlying causes in the behaviors themselves. Perhaps the communities in America can start trying to look more at the underlying issues with the behaviors instead of going to medication at the get-go of an ADHD diagnosis.