Is Neurofeedback the Answer to Depression? - The Reynolds Clinic LLC

Is Neurofeedback the Answer to Depression? 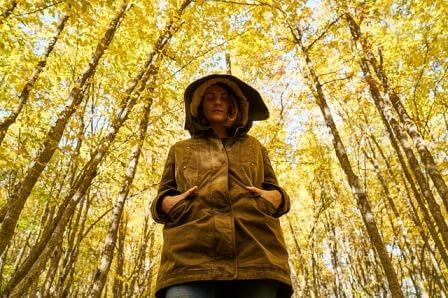 Depression is a mental disorder that is characterized by feelings of sadness, anxiety, emptiness, guilt, worthlessness and hopelessness. Patients who suffer from depression experience a decreased or even lack of interest in the activities that once made them happy. They become listless and irritable, and more and more thoughts of suicide plague their waking moments. Depression is a very real disease, and it affects thousands of people of all ages every single day.

When a person has depression, it is not just their mood that it is affected—it is every aspect of their life. It can prevent a person from going to work or socializing with their friends. It can cause pain not just for the person who suffers, but also for people who care about him or her. It can make a person dangerous, to both themselves and the people around them. For this reason, it is so important that patients get the help they need before it is too late.

“Help” used to include medication and therapy, but for many people, medication only works to numb the pain, while therapy serves to exacerbate it. It seemed, for a time, that there was no “real” solution. But then neurofeedback was discovered.

What is Neurofeedback and How is it Being Used to Help Curb Depression?

Neurofeedback is subdivision of biofeedback, which is a method of gaining information by monitoring conditions of the body, such as blood pressure, heart rate, skin temperature and brainwaves. The point of biofeedback is to help people regulate their only bodily processes by arming them with knowledge of what causes the irregularities in the first place. Under the tree that is biofeedback, there are a few other “fruits,” so to speak, one of which is neurofeedback.

Neurofeedback, like all other forms of biofeedback, uses electronic sensors that are hooked up to a machine to monitor the activity within the brain, or more specifically, the percentage of brainwaves being used in each specific area of the brain. Researchers want to know, are brainwaves working together or are they out of sync? If they are out of sync, the brain cannot function as optimally as it normally would, sort of like a car that is out of alignment.

Sticking with the car example, when a car demonstrates signs of decreased performance, what does the owner do? They take their vehicle in for a tune up. The technician hooks your vehicle up to a bunch of computers and devices to see what, precisely, isn’t working up to par. After testing various aspects of your vehicle, they are usually able to map the problem back to the original cause. This is sort of how neurofeedback works—a person’s brain is hooked up to computers and monitors, and researchers, along with the patient, are able to watch in which parts of the brain the patient is experiencing an excessive or less than average amount of brainwave activity. They can map the problem back to the source and from there, determine the best way to “fix it.”

In short, neurofeedback is meant to give people the tools they need to identify issues on their own and correct them.

In regards to depression, neurofeedback serves to help patients watch the flow of oxygen and blood through the left amygdala, a part of the brain responsible for responding to frightening events, processing emotions and, through connections to other parts of the brain, for memory and emotion regulation. Patients are shown what looks like a thermometer-like graph on the computer screen, and their goal is to move the graph upwards while thinking about happy thoughts. This exercise both challenges their memory recalling capabilities and their emotion regulation.

A small study of participants proved to be very successful with this exercise, with 19 claiming to feel better afterward compared with 17 of another control group who were asked to study a different part of the brain. 12 participants in the amygdala arm of the study had a 50 percent improvement in their score on a depression rating scale, compared to just two in the other control group. While there was no follow up study conducted, meaning that there is no way to know if the results were long lasting or not, the initial results proved to be very promising.

Researchers are currently striving to make this process a widely used intervention technique. They are aiming to make neurofeedback a viable treatment for depression within the next 10 to 15 years.

Evidence indicates that people with depression are less likely to be able to recall autobiographical memories than emotionally healthy individuals. This is especially true when it comes to recalling happy memories. When people with depression do recall happy memories, thinking about them actually makes them even more depressed, which is why therapy proves to be so ineffective for patients. Neurofeedback has led researchers to believe that the trick is to help people recall positive memories and then hold onto them and think about why that particular memory made them happy. (Note: this is not something a person should try to do without an official depression diagnosis, and without first conducting the “experiment” while hooked up to monitors. For people with bipolar disorder, the exercise can cause manic episodes.)

Though the treatment has a way to go before it can become a mainstream way of treating depression, the outlook is certainly promising.