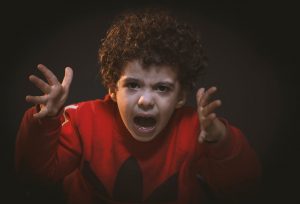 Regulating one’s emotions should not be difficult, and if it is, that person likely suffers from acute psychological trauma, a mental disorder or both. In addition to being caused by a mental impairment, the inability to handle one’s emotions and regulate feelings can result in various psychological issues and even full-blown psychiatric problems later in a person’s life. This is especially true if a child demonstrates unhealthy emotional outbursts frequently and/or in public. Fortunately, there is a lot of research focused on helping people regulate their emotions, and as a result, there are several techniques a person can try to “heal” oneself. One such technique is neurofeedback.

Neurofeedback is essentially a technique used to help people “train” their brains to respond in a certain, favorable way. It does this by providing doctors and scientists with information about the changes in a person’s neural activity, namely how and when the changes occur. By understanding when their brain activity switches from “normal” to “abnormal,” a person can self-regulate their neural activity to produce the desired behavior. While this may seem complicated, it actually is quite simple—so simple, in fact, that the technique has proven to be effective for school-aged children with ADHD. Because it is effective in helping small children control their behavior, researchers thought it might be a good way to help individuals regulate their emotions—and they were right!

Positive Outlook for Children Who Have Trouble Regulating Their Emotions

A new study used real time neurofeedback on a sample of kids between the ages of 7 and 16. In the study, the children were showed a series of emotionally charged images, all the while having their brain activity monitored by scientists. The scientists studied a region of the brain called the insula, which is within the cerebral cortex, and which is believed to be responsible for the processing of convergent information to produce a normal and emotionally relevant response. The insulae are believed to be responsible for such functions as compassion, empathy, motor control, interpersonal experience, cognitive functioning, self-awareness and perception.

Once the scientists were able to study a participant’s response in depth, they returned their findings to the children, who could see how their level of activation in the insula spike or decreased on, what to them, was essentially a “thermometer.” Based on each individual’s findings, they then had to work on increasing or decreasing the level of activity within the insula. All were able to increase activity levels, while most had trouble decreasing them. They were effectively able to regulate their emotions thanks to brainmaps drawn up by researchers, which showed how and when the brain deviated from the norm and what activities were required to “correct” a brain’s path.

While the studies did focus on the activity within the insula, findings reconfirmed what many researchers already believed: that emotion is the result of an entire network of brain connections, and that regulating emotions is not as simple as “correcting” one haywire brain center or path. This discovery helped boost neurofeedback’s credibility and forced those who are focused solely on the insula to reconsider their stance.

Childhood and adolescence is an extremely important time in a person’s life in terms of emotional development. If there is a way to help young people (and adults) regulate their feelings and lead an emotionally stable life, we’re dedicated to bringing that solution to the surface. We believe that neurofeedback is that solution.

Are you interested in learning more about Neurofeedback? Reach out to the Reynolds Clinic for more information today.