The Promise of NeuroFeedback 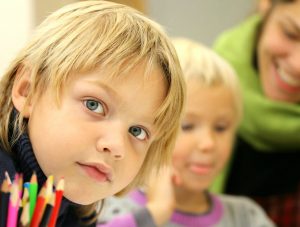 One story you can read online about neurofeedback pertains to David Waldman.  He’s an expert who considers neurofeedback as a powerful management tool. To do this, David has studied leaders, good and bad alike for many years. He wonders what is going on inside their heads that drive them to think and behave as they do. Accordingly, he came from the Arizona State University and had excelled in pushing his research there. Waldman is also the professor of management in the W.P. School of Business.

The Process Behind the Head

Neuroscience is about observing what goes on behind people’s brain activity. He found out in his research that there is a  “brain signature” unique to people. One of the brain signatures shows to be that of ethical leaders. A second one shows electrical brain activity of people who are bound to be abusive.

In his research, Waldman found a way to alter the behaviors of both types of leaders.

Waldman wants this to be applied in practice. Meaning, he wants to train people to be better leaders through the use of neurofeedback.  He thinks this can be combined with the billion-dollar programs regarding traditional leadership development to improve company performance.

The usual way of measuring leadership skills and traits is through the use of surveys. To do this, one has to answer questions regarding themselves or their superiors.   A few years back, Waldman noticed that there were pragmatic, less costly means of observing what goes on in the brain using the so-called quantitative electroencephalogram, or qEEG. This is a scanning method wherein small electrodes are attached to the scalp of the subject to measure electrical activity in the brain in a painless manner.

The problem with surveys is that lying, faking and manipulating can be made by the subject. However, in the method using direct assessment of these types of behavior can be prevented.

The Promise of Neurofeedback

One study which is about to be published in the Academy Journal, Waldman and his co-researchers indicates that neurofeedback shows a lot of promise in reading brain patterns. The brain’s subject under study shows a lot of things that do not usually come out in the ordinary survey questionnaire.

Because these readings are closer to the truth, management trainers can be assured of better and more realistic approaches to altering behavior. Neurofeedback as a program not only benefits the corporate word. They can also be used to improve individual behavioral patterns that might not be beneficial to society at all.

For instance, these can be used in schools and colleges to spot out potential candidates for depression and abusive behavior. This is also used in marital counseling sessions wherein an abusive behavior of one spouse can be altered to prevent abuse and the breakup of the marriage.

Waldman and his associates should be lauded for their research in behavioral development. Neurofeedback is not only useful but less costly.  It’s also one of the new ways that we can find creative solutions that never existed before.