Is ADHD a Disability for Learning - Reynolds Clinic

Is ADHD Considered a Disability? 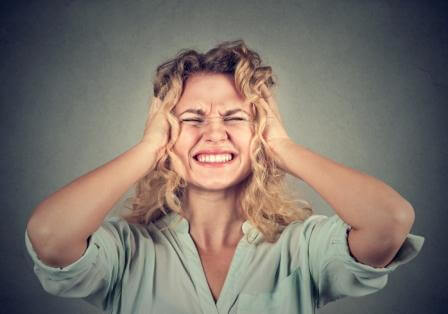 Nowadays, many different types of disorders can affect children. This is due to genetics as well as their immediate surroundings. The most common of these is the Attention Deficit Hyperactivity Disorder or ADHD. While this is typical in children, the disorder is diagnosed in adults as well. ADHD is a chronic disorder that affects the neurological and psychiatric aspects of a human being. The symptoms that are noticed in ADHD are problems in concentrating, having a short attention span, impulsive behavior, and even hyperactivity.

At an average, ADHD is usually diagnosed in most people beginning as young as seven years old. On the same note, when a child reaches 12 years old, the symptoms of ADHD becomes more evident. Out of the total population in the United States, a more significant percentage of children alone are diagnosed with ADHD, which is estimated at 9%, while only 4% are adults.

When ADHD is diagnosed in adults, the symptoms are usually looked back on their childhood. Often, children who suffer from this disorder will continue to undergo the same conditions up to their adult life.

How Do You Identify a Person with ADHD?

When ADHD is present, a person usually displays the following symptoms:

Yet, these symptoms may depend on the severity of the condition. Some individuals display mild to moderate symptoms while there are others who show severe signs. So, their unusual behavior affects their relationships and their life in general.

What Do You Need When Diagnosed With ADHD?

Since a person who has ADHD would affect their personal life and relationships negatively, it would be considered a medical condition. Thus, people with ADHD would be granted federal benefits and treated specially. There are federal programs that are created with stringent salary requirements from the parents and children to be qualified.

Such a program would be the Supplemental Security Income (SSI) which would aid children under 18 years old who are severely struggling with the condition. However, such patient should have been affected with the condition to a high level for at least a year for them to be qualified to the benefit.

As for the adults, however, they are entitled to receive Social Security Disability payments. Their eligibility to secure the payment would be on the basis that the disorder has disabled a person from functioning in their job at the workplace. However, before application, there is documentation that should be included in the process, whether medical or not to prove that a person is suffering from such ailment.

The documentation should list the following symptoms to qualify:

Other considerations for the payment would also include age, job and medical history, educational background.

More requirements to qualify would also include hospital documentation, psychological assessments as well as viable notes from the therapist.