According to the National Institute of Mental Health,

7.5 percent of U.S. children between ages 6 and 17 were taking medication for ‘emotional or behavioral difficulties in 2011-2012.

While this 7.5 percent in no way represents the majority of U.S. children (11 percent of the child population) who have been diagnosed with ADHD, many people cannot help but wonder if children are still being overly medicated but under-treated for the disorder. 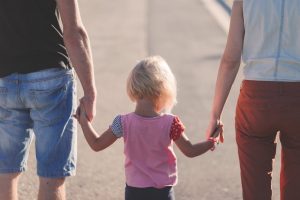 Unfortunately, medication is the go-to treatment for children with attention deficit hyperactivity disorder. According to neurobiologist David Anderson, however, this is not the way it should be. Research suggests that the long term use of medications regularly used to treat ADHD have long lasting, harmful effects on both teens and children, including sleep problems, delayed growth, tics, and moodiness and irritability. These findings proved to be truer for those going through puberty.

Many people do not wholly understand ADHD, and so are quick to diagnose theirs or another’s child with it if the child does not fit within “social conventions.” Because of this, roughly one in 10 children are diagnosed with ADHD annually. While this may not seem like a lot, it means that two children in every one American classroom are diagnosed with ADHD. Of those diagnosed, less than half received psychological care; the majority were treated with medication.

Unfortunately, ADHD is not fully understood. No two cases of ADHD are exactly alike, yet doctors feel comfortable prescribing the same medication for each case. This begs the question: how can medication treat ADHD if neither scientists nor doctors completely understand what is happening?

According to Anderson, the traditional assumption is that ADHD and other mental illnesses are the result of chemical imbalances in the brain itself. Another (less traditional) thought is that these mental illnesses are actually caused by “disturbances in the neural circuits that mediate emotion, mood and affect.” The difference comes from the numerous doctors, teachers, and parents trying to figure out a course of treatment or therapy for the child dealing with ADHD.

Medication Should be the Last Resort

Typically, medication is the first line of treatment for children with ADHD. Anderson feels that it should be the last. The problem lies in the fact that medication is so easy for parents and teachers to use. Medication essentially gives the brain a “bath” of the dopamine hormone which, while great for balancing emotions, is detrimental to developing brains. Anderson uses the analogy of a car engine to get his point across:

“These drugs have so many side effects because using them to treat a complex psychiatric disorder is a bit like trying to change your engine oil by opening a can and pouring it all over the engine block. Some of it will dribble into the right place, but a lot of it will do more harm than good.”

Dopamine is a drug that affects a large part of the brain, like the engine block, while the ADHD disorder is just one small component.

Anderson hopes to enlighten teachers, parents, and doctors everywhere and encourage them to seek behavioral therapy before medication. Teachers need to consider changing things around in the classroom to help children learn how to deal with mental illness instead of simply suppressing their brain’s natural tendencies. Likewise, parents need to diligently work with their children at home to reinforce their teachers’ teachings, as well as to help their children stay off medication for longer periods of time. And doctors need to stop prescribing medications that act more like a band aid than an actual cure.

What’s In Store for ADHD Treatment?

While scientists are working on developing more targeted therapies that deal with varying degrees of the illness, Anderson believes that the future of ADHD therapy is all going to depend on what you’re willing to live with in the future. Science is aiming to “normalize” these mental illnesses, but what is “normal” for one family may not be normal for the next. According to Anderson, the key that will help you and your child to live with this illness instead of trying to hide it is simple: Consider what you and your family can live with on a day-to-day basis, and go from there.

Neurofeedback in CT is the future of ADHD.  CLICK HERE to learn more about neurofeedback and how it will help your child.